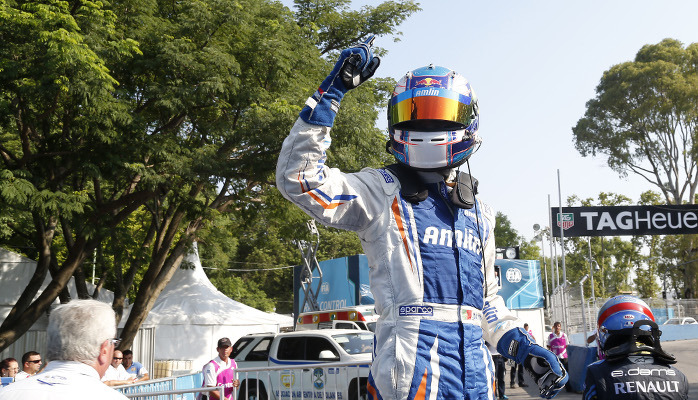 Wow, what a weekend! Amlin Aguri’s first win in the FIA’s first fully electric championship! It is an amazing feeling to get a result after all the work put in by the team over the last three years.

“Luck is when opportunity meets preparation.”

Plus it takes a lot of work to start a new team in a completely new championship – but it’s worth it when all the effort is rewarded! Many people have asked what we did to get to the front, what has changed, how did we do it?

The build up to the race win really started after all of our troubles in Punta del Este.

The series test, on the Sunday after the Punta race, was the first time that Antonio (Felix de Costa) and Salvador (Duran) really had a chance to test the car after Antonio had missed much of the pre-season testing and the first race in Beijing with BMW DTM duties. This, coupled with the fact that race weekends are so short which restricts running, means that when you haven’t got the car in the “zone” it is extremely difficult to do anything meaningful with regard to setup or finding solutions.

Our race pace has been quick from the beginning with Takuma setting the fastest lap in Beijing. So what we were looking for was time to get a proper qualifying setup and thereby increase our race pace accordingly. You must remember that if we hadn’t had an issue during the pit stop in Malaysia, then Antonio could have finished in the top five and potentially on the podium. The engineers worked over the break between Beijing and Putrajaya and then over Christmas before Punta to get our models and understanding of the car to a point that we could validate this understanding during the Punta test. The result was a fastest first sector on the final run of the day before a Red Flag which showed that we were going in the right direction for the next race in Buenos Aires.

Antonio arrived in BA with a quietly confident attitude focussed on making the best of our great Punta test and determined to have a great weekend: everyone arriving on a high and following through is a good indicator of the picture of the weekend.

So how did the weekend go? Well in Free Practice 1 the car was quick straight of the box. There was good work carried out during the session, getting everything done that was on the plan; another good step. Some cars were running maximum qualifying power; hence the large gap at the front of the pack but P9 was respectable, showing of potential to come.

Then in FP2, it was maximum at- tack, our final preparation before qualifying and we were immediately quick with our final position of P3 only 0.4s off the leader which showed that our ultimate potential for qualifying and race performance was within reach.

Qualifying is always a lottery. Antonio drew Q1 while Salvador was in Q3. The elusive Q4 without red or yellow flags is the name of the game with a rubbered-in track and potentially better track temperatures, but we made the most of the quicker car and got ourselves in the top 10. Antonio felt it was better to aim for a top 10 position and wait to see how things went in the race instead of necessarily going for pole and having a problem. Starting P7, 0.5s from pole position showed again that we were in the right place for the race.

The race was quite chaotic, but Antonio and Salvador drove sensibly, both overtaking a number of drivers and making the best of battles going on around them. As the race went on we had a great pit stop which resulted in gaining positions for Antonio and a safety car which caused some confusion with everyone waiting for the screens to update with the final order to be clear.

As we moved up the leader board it became more and more stressful for everyone in the garage as there was more to lose with each increment Antonio gained! By the time he was in a podium position, the tension was showing on everyone’s faces! And as each problem happened on track we were increasingly on the edge of our seats! Salvador was also making up places and looked like he would get into the points as well. 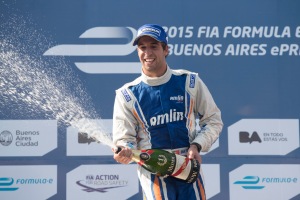 At that stage we could see that Antonio had plenty of battery life left over and
he was therefore in a great position to push all the way to the end of the race and catch Nick Heidfeld before the chequered flag. When the drive-through came for Nick we almost couldn’t believe it, we just had to hold our breath and bite our nails till the end of the race.

Some people might say that there was some luck involved, but you can bring up many old adages about finishing first that you must first finish, and that goes for every element of the car, our team work, the car setup, the drivers’ management of the car’s batteries, the control systems, our pit stop practice and also how the other teams run their cars. Every part of a team is important and we have proven in previous races that we too could have technical problems such as electronic control systems with Takuma at the first race and pit stop problems that cause issues.

Luck is when opportunity meets preparation,and we certainly had the pace to take the opportunities delivered to us over the weekend. 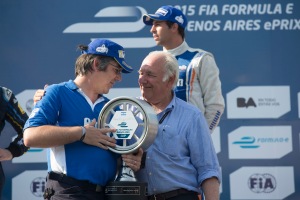 Whats next? Miami, where we should make some improvement on all aspects of the team operation, the car setup, our race strategy and some driver training. We have the pace and now it is a matter of building on success and doing a better job at each race and chipping away at the championship points to move ourselves up the grid. After all we love a challenge; otherwise we wouldn’t have entered such a unique and brand new championship!

Following my last column I have been very interested in the questions that we are being asked in our pre-race press conferences, especially at Buenos Aires where they are big fans of motorsport. One of the most common topics was, ‘how will the technology find its way into the world?’ The best example I could see was the bus rapid transit system they have in the city which is a great example of where electric drive, regenerative systems and wireless charging will find its way quickly into practical everyday applications.

You should remember that Uruguay generates 45% of their electricity from hydro
with a target of 90% in 2015 coming from renewables. The intermittent nature of some renewables will benefit from the “Energy Cloud” that will be created when more electric vehicles connect to the network and allow off line storage in the night for solar and during low wind conditions for wind. 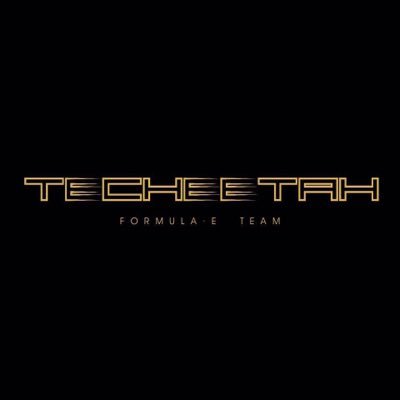 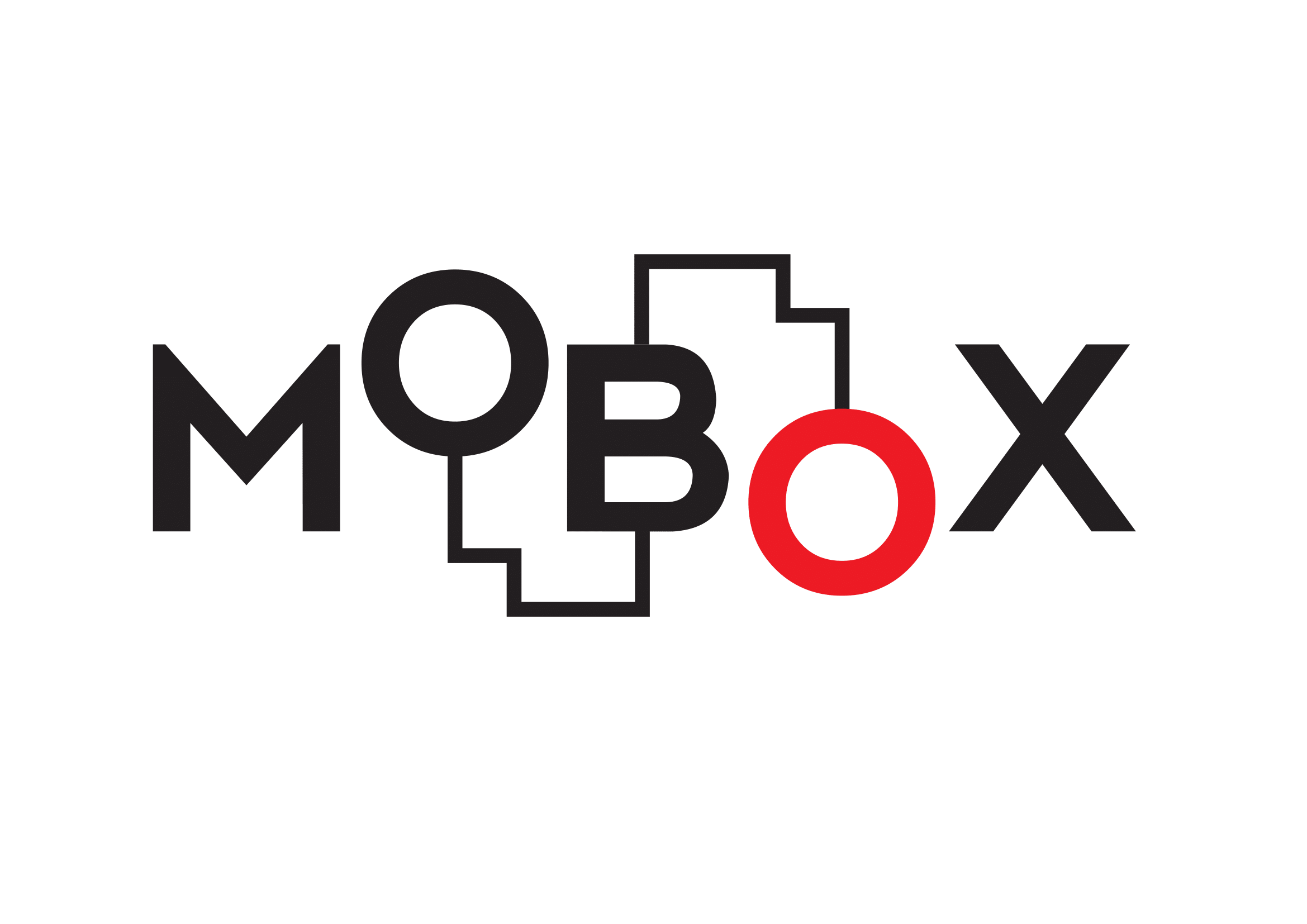 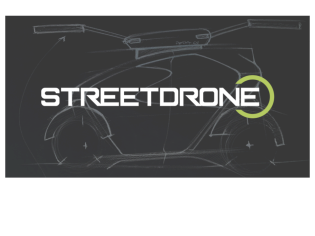